Can You Say "Permanent Bases"?
The American Press Can't

I found this article (excerpted below) interesting written by Tom Engelhardt at tomdispatch.com he explores some interesting realities of our ongoing base building in Iraq -

"One of the enduring mysteries of this war is that reporting on our military bases in Iraq has been almost nonexistent these last years;

***
especially given an administration so weighted toward military solutions to global problems;

especially given the heft of some of the bases;

[note: with small-town feel: Of the 20,000 troops at Balad, (a US base that serves in a support role), only several hundred have jobs that take them off base. Most Americans posted here never interact with an Iraqi, and some never see one, said Army Lt. Col. Larry Dotson, who is effectively the city manager. The closest some troops here come to experiencing the Iraq seen on the evening news is the miniature golf course, which mimics a battlefield with its baby sandbags, little Jersey barriers, strands of concertina wire and, down at the end of the course, what appears to be a tiny detainee cage. Balad has distinct neighborhoods. The southwest part, home to thousands of civilian contractors, is called "KBR-land," a reference a Halliburton subsidiary construction company. There are a Subway, a Pizza Hut, a Popeye's, an ersatz Starbucks called "Green Beans" that serves up triple lattes, and a 24-hour Burger King.]

especially given the fact that the Pentagon was mothballing our bases in Saudi Arabia and saw these as long-term substitutes;

especially given the fact that the neocons and other top administration officials were so focused on controlling the so-called arc of instability (basically, the energy heartlands of the planet) at whose center was Iraq;

and especially given the fact that Pentagon pre-war planning for such "enduring camps" was, briefly, a front-page story in a major newspaper."

Tom concludes with "....It may be hard to do, given the skimpy coverage, but keep your eyes directed at our "super-bases." Until the administration blinks on them, there will be no withdrawal from Iraq."

[Scottnote: I concur with those expecting Rethuglican rhetoric of Iraq troop reduction reaching heightened furry just about the time we reach the peak "hard-sell" marketing period of Fall elections. Once there, expect again proposed "conditioned" troop withdrawals - for soon but later - (like early 2007.) I'm adding this component to my prior predictions on Fall election headlines - that still being we can anticipate hearing from some Rethug directed agency about a new frightening domestic threat(s) that sharply contrasts with the current "soft-sell" period's "Look no threats and no worries and Bushie...you're doing a great job!"]

Waiting to Exhale
we're losing the battle, can the war be far behind

I know it's been a while since I posted. Thanks to all of you who've emailed asking if everything is alright. I can't say there's anything specific wrong, I'm just going through a case of the blahs. When I read things like this,
Bush report reiterates strike-first policy
and this Congress Opens Wallet. I feel so, hopeless.
I can see another useless, senseless, war on the horizon. Our troops serving in Iraq are ill-equipped, and understaffed, yet Congress can find the money for everything except them. On top of that NO ONE seems the least bit concerned that the arrogant, chickenhawk, idiot in the White House is gearing up for another war. Where the hell does he expect to find the troops to fight this war? Why is NO ONE asking the important questions? Like why is this scenario, which is all to familiar to the one building up to a pre-emptive strike against Iraq, not being questioned by our Senators and Representatives? Where are the people who are suppose to be protecting OUR interest?
I guess I'm just tired. Tired of the rhetoric, tired of the bull, tired of the phoney posturing by this administration, but most of tired of the lazy, lethargic, heads-in-the-sand people who call themselves 'patriots'. What is it going to take to wake these people up?

I want to extend a special thank you to Scott for keeping things going here at WOAP. He's been a Godsend. Thank you Scott! And, again thanks to all of you who continue to stop by and to add your thoughts to the soup. Hopefully I'll get my second wind soon and be back in full force. Until then, keep up the good fight. God knows somebody's got to.
posted by wanda at 10:43 PM 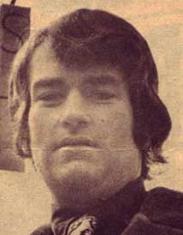 sweetjesusihatebilloreilly.com
posted by wanda at 9:45 PM

Just released internal FBI agency documents secured under the Freedom of Information Act has shed some light on our FBI agency's concerns and operations related to threat priorities.

Apparently just prior to the invasion of Iraq - a peace group's activities that were infiltrated and under surveillance, included:

1.) Disbursing leaflets in downtown Pittsburgh that communicated Iraq did not have weapons of mass destruction.

2.) Cooperated in sponsoring a public event to promote understanding between Muslims and non-Muslims.

Spokesperson for the FBI defended the program, classified as top secret, saying the FBI's infiltration and surveillance was acting with all appropriate authority.

What is the FBI?: "...It has the authority and responsibility to investigate specific crimes assigned to it... "

What is the mission of the FBI?: "...The mission of the FBI is to uphold the law through the investigation of violations of federal criminal law; to protect the United States from foreign intelligence and terrorist activities; to provide leadership and law enforcement assistance to federal, state, local, and international agencies; and to perform these responsibilities in a manner that is responsive to the needs of the public and is faithful to the Constitution of the United States."

Who is the head of the FBI?: "...The FBI is headed by a Director who is appointed by the President..."

I guess we can all sleep better now.
posted by wanda at 9:03 AM